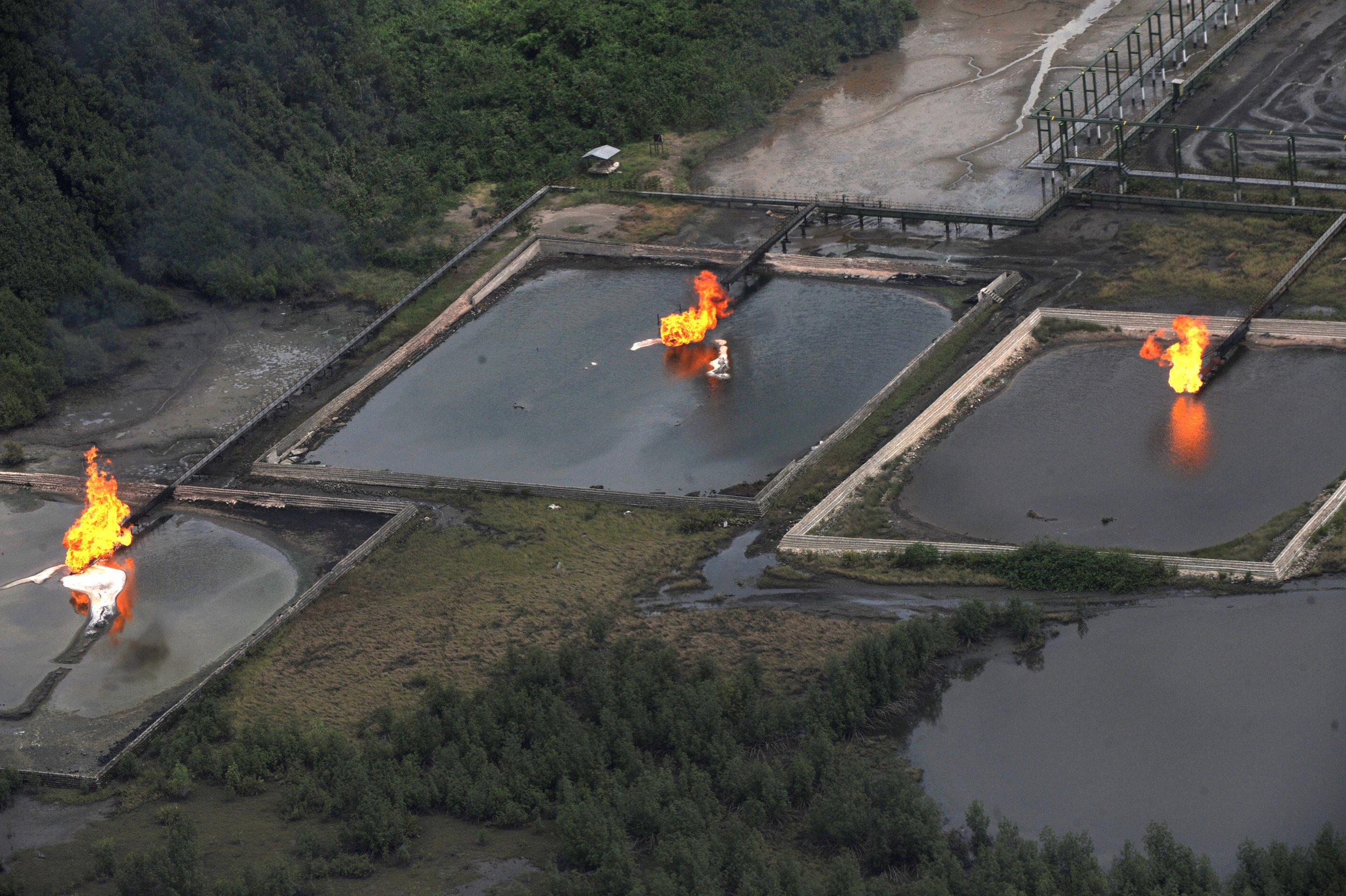 Oil found in the Niger Delta region belongs to the people of the area, argues Michael Owhoko

For the record and for posterity, it is imperative to state that oil found in the Niger Delta region belongs to the people of the area. It is not owned by Nigeria. God provided every habitat with natural resources, including agricultural crops for subsistence. Oil, among others, is one of the natural deposits God provided for Niger Delta people for existence.

The region had existed before Nigeria was created, and the oil was never part of sovereignty it ceded to bring about the country. This explains why other regions in the country have control over natural resources in their domain.

Therefore, it is morally wrong for the government to single out the most valuable resource of a particular region for confiscation, while leaving other regions to enjoy their resources exclusively. That the federal government has oppressively expropriated the oil in the Niger Delta region by transferring ownership to itself, and using the law to legitimize the process, does not make it morally right.

The obnoxious Petroleum Act of 1966 which now forms part of Section 44(3) of the 1999 Constitution was used to legitimize this illegality. It confers on the federal government, ownership and control of all petroleum resources found in, under or upon all land or waters in the country.

However, this is at variance with practices in advanced democracies where host communities, states or regions own the resources and pay taxes and royalties to government.

In law, whoever owns the land, owns the resources therein, and this principle is supported by the Ad Coelum Doctrine. Why singling out petroleum resources in a particular region for acquisition? If the intention of government was sincere, the law should have been extended to cover all natural resources, including food and cash crops across the country.

The Niger Delta people believe strongly in their soul, spirit and body, that the oil belongs to them but that the federal government has unjustly used its might to seize it because of their helpless polyethnic minority condition. It is most likely this could not have happened in a monolithic majority group in the country for fear of resistance.

Depriving the Niger Delta region of its oil while leaving other regions or communities to exploit natural resources found in their areas, amounts to injustice. Zamfara and Osun states, for example, are currently enjoying the benefits of gold mining, just as other states or regions in the country are reaping from their agricultural crops.

Yet, the Niger Delta people are not only deprived of their oil resource, they also bear the brunt of oil exploration, including destruction of their ecosystem. Fish, crops, weather, water and other organisms in the region suffer pollution and contamination. Oil has brought miseries to the people to the extent that even basic agricultural and fishery activities which provide succour for the people are no longer generative, due to environmental degradation.

When you complain, those whose only contribution to the economy is their population are quick to remind you that the region is already enjoying 13 percent derivation proceeds, in addition to input from intervention agencies like the Niger Delta Development Commission (NDDC) and Ministry of Niger Delta Affairs, thus, does not deserve further support. This is population-induced arrogance.

When groundnut, cocoa and palm produce were Nigeria’s economic mainstay, the parts of the country where these produces were derived, namely, the North, West and East separately received 50 percent of the revenue in line with the derivation principle as contained in the 1963 Constitution.

Why then is the government reluctant to raise the derivation revenue that should accrue to the Niger Delta region to 50 percent when the 1999 Constitution has given a window for upward review. The 13 percent derivation principles as contained in Section 162, Sub-section 2 of the 1999 Constitution (as amended) is intended to adequately compensate the people of the region for confiscation and damages arising from oil exploration and production.

While the region is still contending for an upward review of the 13 percent, about 59 Northern lawmakers in the House of Representatives lately had vexatiously pushed for a bill to expunge the derivation principle under the 1999 Constitution.

Obviously, the intention of the 59 legislators is to deny the Niger Delta region of the 13 percent derivation revenue to enable redistribution of the proceeds to shore up revenues in their region. This motive is not only thoughtless and heartless, it smacks of parliamentary hypocrisy and insincerity, capable of plunging the region into pointless crisis that could worsen the country’s economic woes.

Are these lawmakers bereft of ideas that can shore up revenue pots in the northern states or they are just being mischievous? Rather than channel and expend energy on how natural resources that are spread across the northern states can be explored and harnessed for growth of the region, they are ridiculing the legislature and exposing the limit of their intellectual capacity for good governance.

It was these same northern legislators that contributed to the delay in the passage of the Petroleum Industry Bill (PIB) over their insistence that allocation to host communities from oil companies operating expenditure must be reduced from 10 to 3 percent. They had opposed the initial 10 percent as recommended in the original draft. The PIB was eventually passed into law on August 16, 2021.

Now, they have not only succeeded in this overbearing trajectory; they have introduced 30 percent frontier exploration fund in the Petroleum Industry Act despite previous records of unsuccessful geophysical exploration efforts, including seismic surveying, by international oil companies (IOCs) in the region. Is there any exploration magic they expect the Nigerian Petroleum Development Company (NPDC), a subsidiary of Nigerian National Petroleum Corporation (NNPC) to perform in place where the IOCs could not find oil in commercial quantity?

It is a clear demonstration of pursuit of sectional interests aimed at commuting the exploration fund into advantage for the North.

In what way has the Niger Delta region offended the Nigerian state and their leaders? Why the show of zero tolerance for development and comfort in the region? Projects meant for development in the area are not only sometimes diverted and moved to other regions, even statutory privileges are occasionally aborted.

For example, former President Olusegun Obasanjo relocated the West Niger Delta LNG, Escravos to Olokola in Ogun State and changed the name to OK LNG. Protest by the Delta State House of Assembly that the LNG be returned to Escravos, Delta State, were rebuffed by the government.

Former late President Umaru Yar’Adua attempted to relocate the Federal University of Petroleum Resources, Effurun to Kaduna until he was pressured to halt the plan by Niger Delta governors. Rather than establish one in Kaduna, he preferred to strip the region of the university.

The proposed Oil and Gas Industrial Park designed for fertilizer, methanol, petrochemicals, and aluminium plants earmarked for Ogidigben, Delta State, has been abandoned by the federal government. It is hoped there are no plans to move it outside the region.

The Petroleum Equalisation Fund (PEF) which was established to administer uniform fuel prices across the country has consistently failed to extend coverage to the riverine oil communities in Niger Delta in their network, causing fuel to sell above pump price in these areas.

The unending construction of the East-West Road stretching from Effurun, Delta State to Calabar, Cross River State has lasted over 16 years with no hope in sight on completion date.

It is imperative to calm frayed nerves in the Niger Delta by sincerely compensating the people through measures earnestly designed to develop the area for their oil that have been commandeered by the federal government.

Template used in developing Abuja can be adopted. Direct the IOCs and the indigenous oil companies to relocate their headquarters to Niger Delta, just as ministries, departments and agencies of government (MDAs) moved to Abuja. This will accelerate development of the region.

Also, just as NNPC has directed oil companies to make annual budget provision for funding of rehabilitation of schools, houses, roads, hospitals and other infrastructure destroyed by terrorists in Borno State and other parts of the North East Region, similar measures can be extended to oil communities whose properties have been impacted by seismic blasting and corrosion arising from activities of oil exploration.

This way, enduring peace can be achieved in the Niger Delta region, rather than see it as a conquered territory whose oil has been taken over as spoils of persecution.

OIL IS OWNED BY NIGER DELTA

Dr Owhoko, journalist and author, is the publisher of Media Issues, an online newspaper based in Lagos

No comments to show.